An increasing number of Greek vessels are now being classified with Det norske Veritas and at the last turn of the year, the figures were 166 ships totaling 1.75-million gross tons, or 11 percent of the fleet registered in Greece. As a consequence of this development and in order to strengthen the relations with the Greek shipping community, a Greek Committee of Det norske Veritas has been established.

At the inaugural meeting which recently took place in Piraeus, C.M. Lemos of C.M. Lemos & Co.

Ltd., London, was elected chairman for the first two-year period.

A.M. Karageorgis of Michail A.

The other members of the committee are: A.J. Chandris of Chandris (England) Ltd., London; J.J.

The task of the committee is to discuss the activities of Det norske Veritas in Greece, to give recommendations to the Permanent Committee, and to convey the Society's experience and know-how to the shipping community in Greece.

The Permanent Committee may authorize the Greek Committee to act on its 'behalf in matters connected with governmental surveys and, in this capacity, to give instructions to Veritas-surveyors in Greece.

The members of the committee represent Greek shipowners, shipbuilders and other persons connected with shipping. They are elected for a period of three years at a time and may be reelected. The committee is to meet at least once a year. 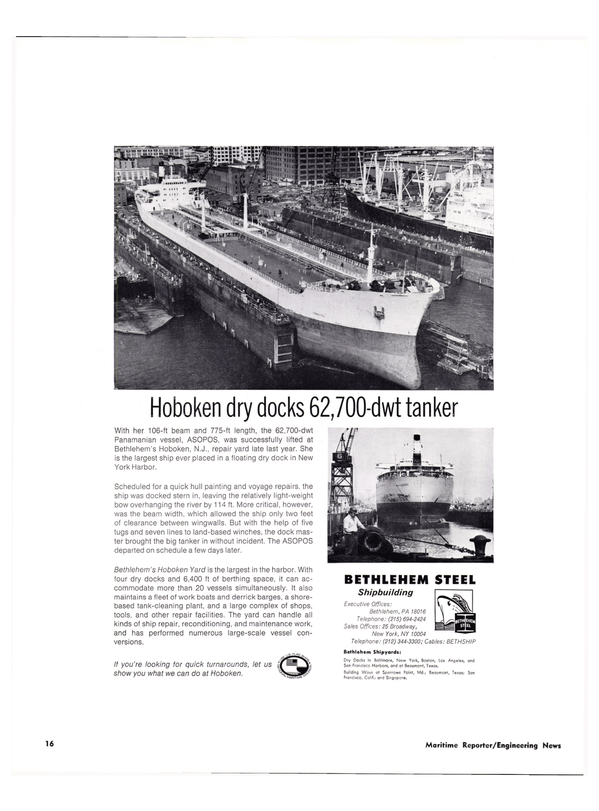