Mr. Sanchez, a Pascagoula resident, comes to FMD with over 30 years' shipyard experience, including 22 years with Ingalls where he held key production positions, particularly in the area of outfitting.

Mr. Sanchez was director of outfitting for Ingalls when he retired in mid-1973, and was immediately retained hy Ingalls as a special consultant to the operations directorate.

He also held the positions of works manager and operations director with Ingalls.

Mr. Maclnnes said : " W e at Frigitemp are particularly pleased to have been a'ble to obtain the services of a man with the experience, know-how and accomplishments of Mr. Sanchez. W e have a major task ahead of us at Ingalls, and Mr.

Sanchez will be invaluable in helping us to accomplish our goals." FMD, a division of Frigitemp 'Corporation of New York, has multimillion contracts for joiner work on five 820-foot amphibious assault ships, and 30 destroyers of a new class being built at Pascagoula by Ingalls for the Navy. 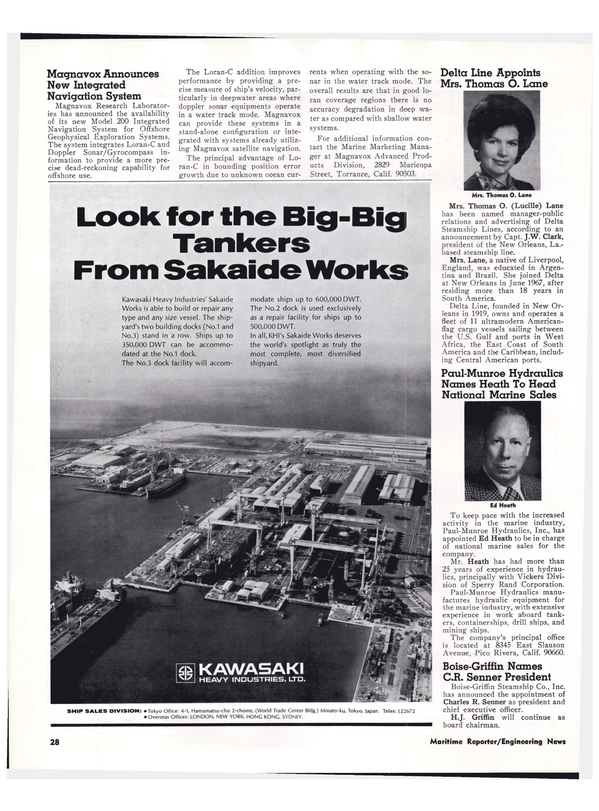