John A. Livingston, chairman of the board of trustees of Webb Institute of Naval Architecture, has announced that Rear Adm. Charles N. Payne, USN (ret.), will succeed Rear Adm.

William A. Brockett as president of Webb when the latter retires next July.

Admiral Payne graduated from the U.S. Naval Academy in 1942. After wartime service on the cruiser Columbia in the Pacific, he attended M.I.T. and received his advanced degree in naval architecture and marine engineering there in 1948. Designated an Engineering Duty Officer that same year, he subsequently had tours in Navy yards with the Fleet and in the Bureau of Ships. He alsotaught at the Naval Academy for three years and during that period authored a textbook on Naval Steam Propulsion Plants. In 1963, he became 'Comptroller of the Navy's Bureau of Ships when Admiral Brockett was Chief of that Bureau. In 1968, he assumed command of the Charleston (South Carolina) Naval Shipyard and was promoted to the rank of Rear Admiral the following year. In April 1971, Admiral Payne was assigned to Pascagoula, Miss., as Supervisor of Shipbuilding, Conversion and Repair, the position he currently occupies.

In commenting on his retirement, Admiral Brockett observed: "After eight rewarding years at Webb, I'm ready for a second and real retirement. Admiral Payne is an old friend and our careers have remarkable similarities.

We both are graduates of the Naval Academy and M.I.T., and both attended the Advanced Management Program at Harvard Business School. We both served on cruisers in the Pacific during World War II, taught at Annapolis, wrote engineering textbooks, served as Maintenance Officers in the Fleet and commanded Navy Yards. The culmination of the parallel courses is the presidency of this unique college, Webb Institute of Naval Architecture. I'm delighted that Charlie Payne will be my successor." Webb, an all-scholarship free-tuition institution, specializing in naval architecture and marine engineering, is located in Glen Cove, Long Island, N.Y. 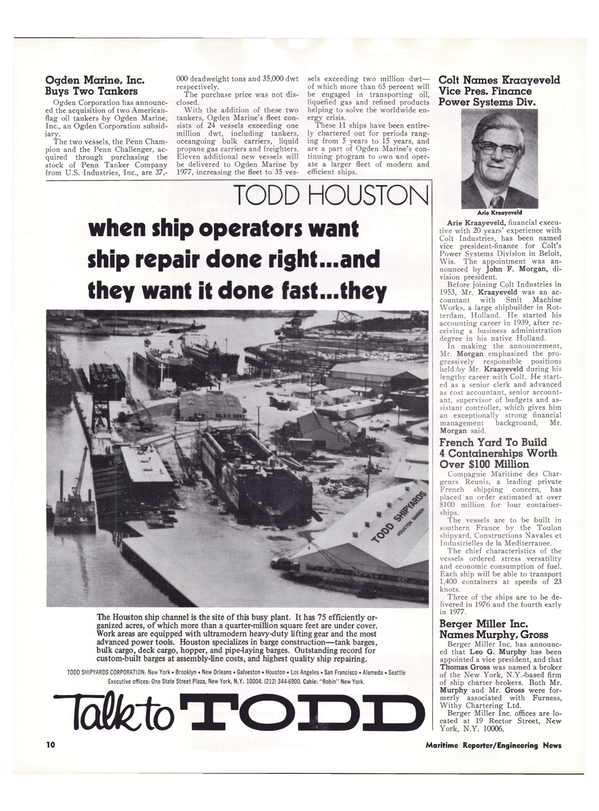