The retirement of Sydney Swan, vice president in charge of operations, was announced by Robert T. Young, chairman and president of the American Bureau of Shipping, effective December 31, 1973.

His duties will be assumed by William N. Johnston, assistant to chairman.

Mr. Swan began his 36-year career with the international ship classification society as a member of 'the Philadelphia survey staff. He served as an ABS surveyor in Pascagoula, Miss., Yokohama, Japan, and New York, N.Y., before his appointment in 1952 as principal surveyor for the New York surveying staff. He was elected a vice president in 1963.

Mr. Swan is a graduate of the University of Michigan, where he received a bachelor of science degree in naval architecture and marine engineering. He is a member of The Society of Naval Architects and Marine Engineers, the American Welding Society, and the Section Committee of Gas Hazards of the National Fire Protection Association. 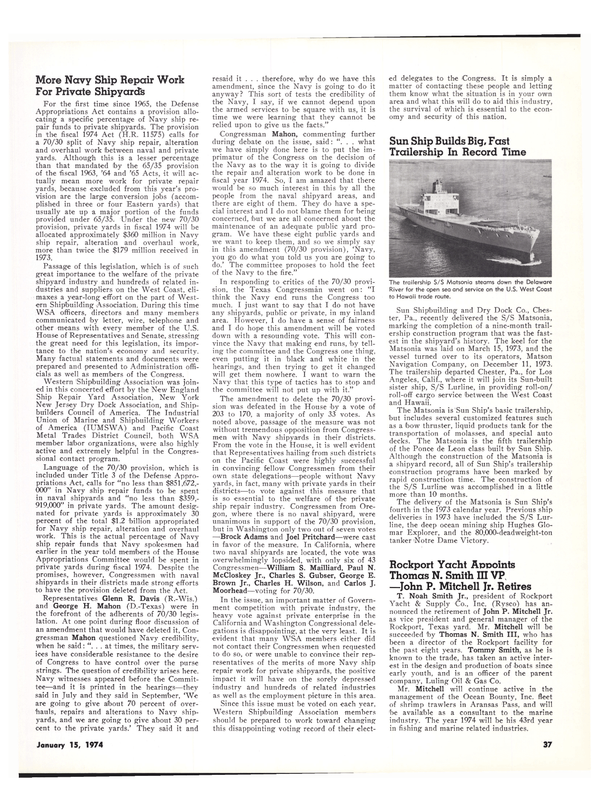