William H. Barton Jr., president of the Nashville Bridge Company, has announced the election of Kent E. Hoffmeister to vice president of engineering. Nabrico is a division of The American Ship Building Company.

Mr. Hoffmeister received his bachelor of science degree from Southeast Missouri State University in 1961, where he was a member of the Tau Kappa Epsilon fraternity.

His marine experience started at the Missouri Dry Dock and Repair Co., where he served from 1959 to 1961 as a marine draftsman. Upon graduation, he came to Nashville Bridge Company as marine engineer and in 1963 went to Gibibs Shipyards, Inc., as a design engineer.

Mr. Hoffmeister then spent five years with Rudolph F. Matzer & Associates, where lie was naval architect and an associate member of the firm. Returning to the Nabrico operation in 1969, he has been hull designer and chief naval architect until his recent election as vice president, engineering. In his new position, he heads a substantial engineering department that has created many innovations in marine equipment. 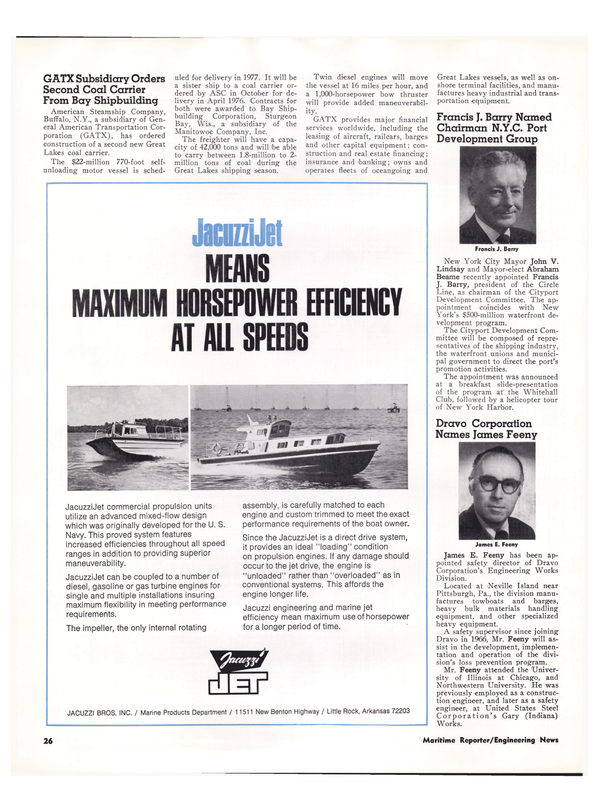