The American Ship Building Company, Cleveland, Ohio, has announced that since the first of December it has received orders for hopper barges and towboats totaling $31 million.

Jacob O. Kamm, president of American Ship, who made the announcement, related the influx of orders to the current energy crisis.

"The order for coal-carrying hopper barges and our November contracts for $95 million in new ship construction are all related to the country's energy problem," Mr. Kamm said.

"The barges will haul coal on the rivers, and the ships will haul it on the Great Lakes as suppliers gear up to move increasing quantities of coal to energy generating outlets." These latest orders cover the building of 210 hopper barges and two towboats to push them.

They will be built by AmShip's Nashville Bridge Division in the present Nashville plant and in the company's new Ashland City, Tenn., plant when it is completed early this summer.

William H. Barton Jr., president of the Nashville Bridge Division, indicated the barges will ibe 195 feet long and have a beam of 35 feet. Capacity of each will be 1,400 tons of coal.

All will eventually be used in tows on the Ohio and Mississippi Rivers between mines and electric power plants.

The two 7,500-horsepower towboats included in the orders are of triple-screw design, and are each capable of pushing 30 fully loaded barges. Both will be constructed in the Nashville plant. 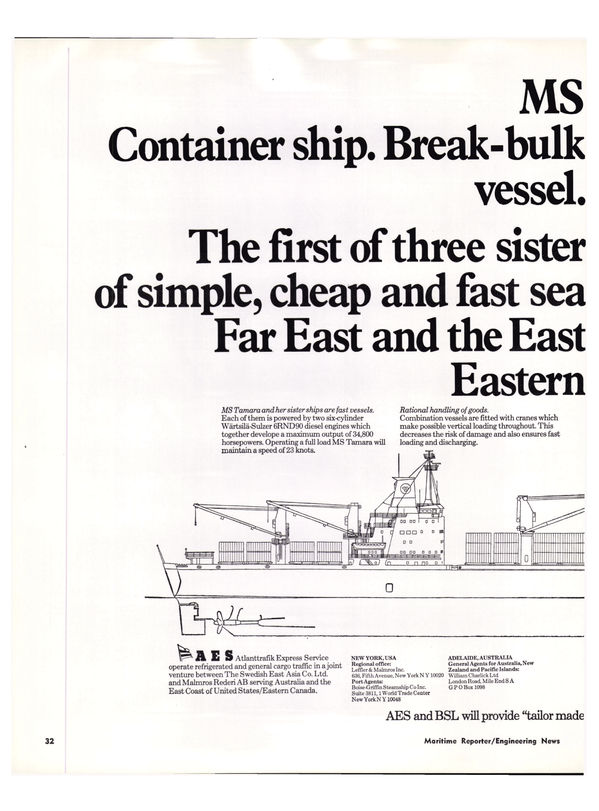