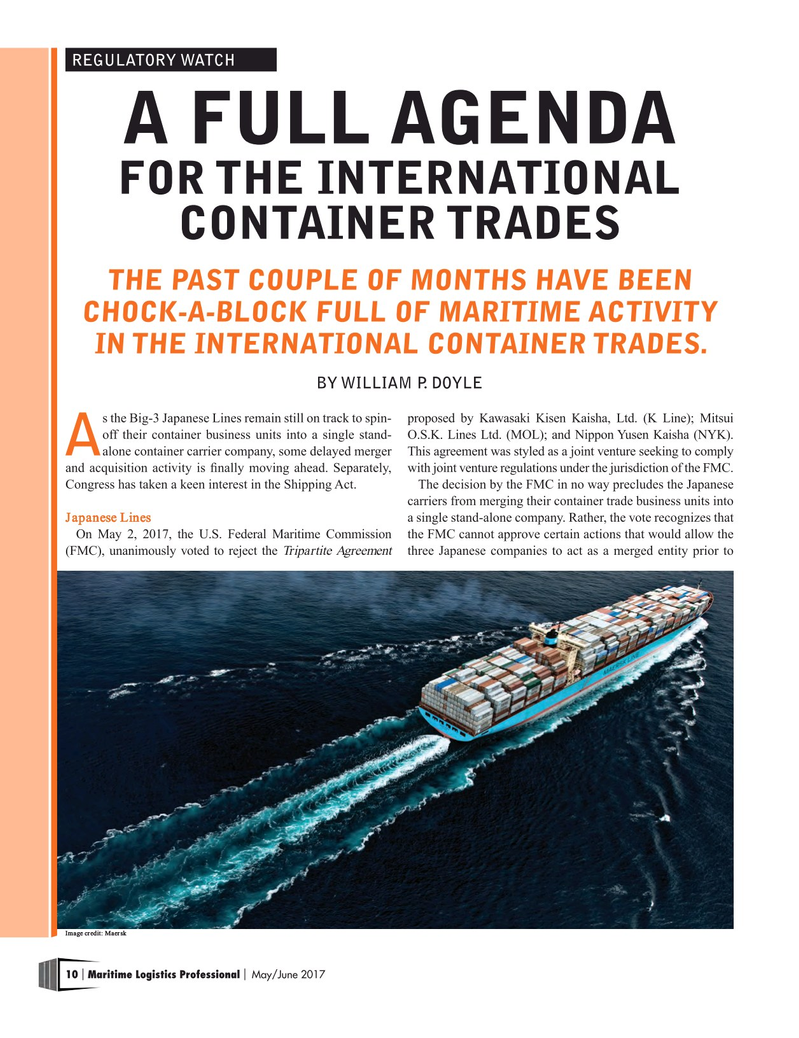 THE PAST COUPLE OF MONTHS HAVE BEEN

IN THE INTERNATIONAL CONTAINER TRADES.

Aalone container carrier company, some delayed merger This agreement was styled as a joint venture seeking to comply and acquisition activity is fnally moving ahead. Separately, with joint venture regulations under the jurisdiction of the FMC.

Congress has taken a keen interest in the Shipping Act. The decision by the FMC in no way precludes the Japanese carriers from merging their container trade business units into

Japanese Lines a single stand-alone company. Rather, the vote recognizes that

On May 2, 2017, the U.S. Federal Maritime Commission the FMC cannot approve certain actions that would allow the (FMC), unanimously voted to reject the Tripartite Agreement three Japanese companies to act as a merged entity prior to