A formula for success – in good times and bad: Harvey Gulf International Marine hasn’t deviated from its long term plans and goals, even as the price of oil negatively impacts all sectors. Apparently, this isn’t rocket science. 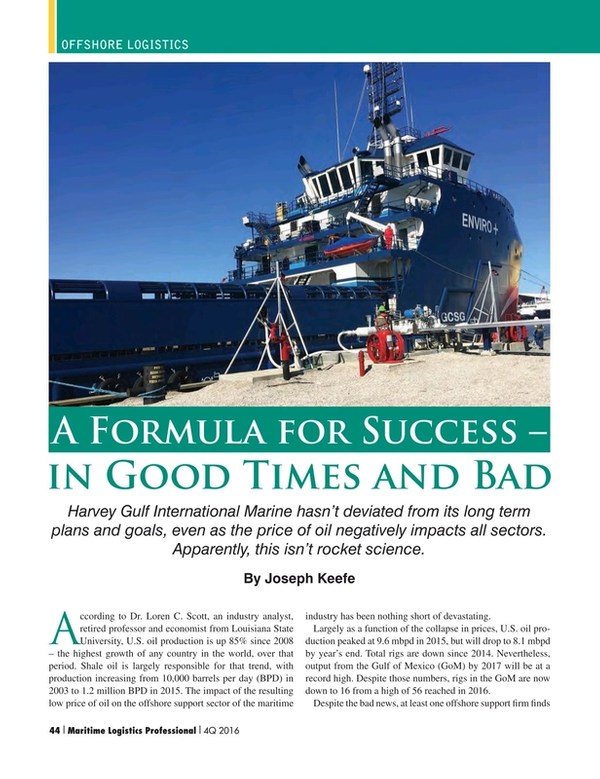