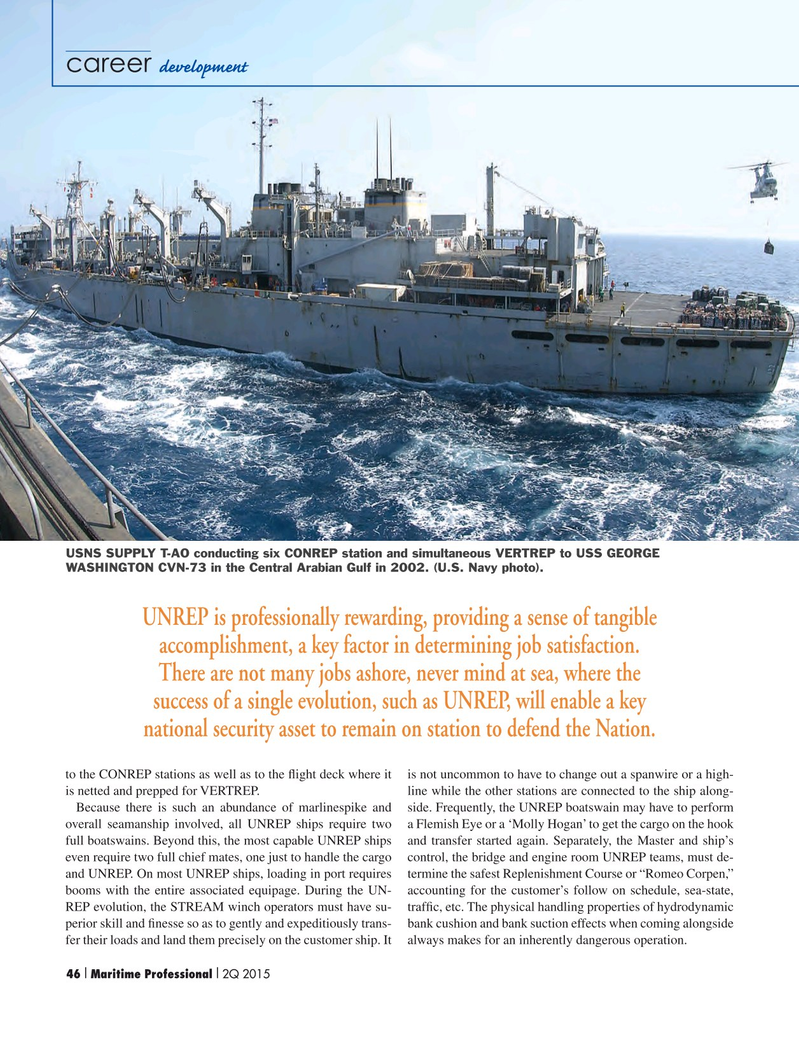 There are not many jobs ashore, never mind at sea, where the success of a single evolution, such as UNREP, will enable a key national security asset to remain on station to defend the Nation.

to the CONREP stations as well as to the ? ight deck where it is not uncommon to have to change out a spanwire or a high- is netted and prepped for VERTREP. line while the other stations are connected to the ship along-

Because there is such an abundance of marlinespike and side. Frequently, the UNREP boatswain may have to perform overall seamanship involved, all UNREP ships require two a Flemish Eye or a ‘Molly Hogan’ to get the cargo on the hook full boatswains. Beyond this, the most capable UNREP ships and transfer started again. Separately, the Master and ship’s even require two full chief mates, one just to handle the cargo control, the bridge and engine room UNREP teams, must de- and UNREP. On most UNREP ships, loading in port requires termine the safest Replenishment Course or “Romeo Corpen,” booms with the entire associated equipage. During the UN- accounting for the customer’s follow on schedule, sea-state,

REP evolution, the STREAM winch operators must have su- traf? c, etc. The physical handling properties of hydrodynamic perior skill and ? nesse so as to gently and expeditiously trans- bank cushion and bank suction effects when coming alongside fer their loads and land them precisely on the customer ship. It always makes for an inherently dangerous operation. 46 Maritime Professional 2Q 2015I I