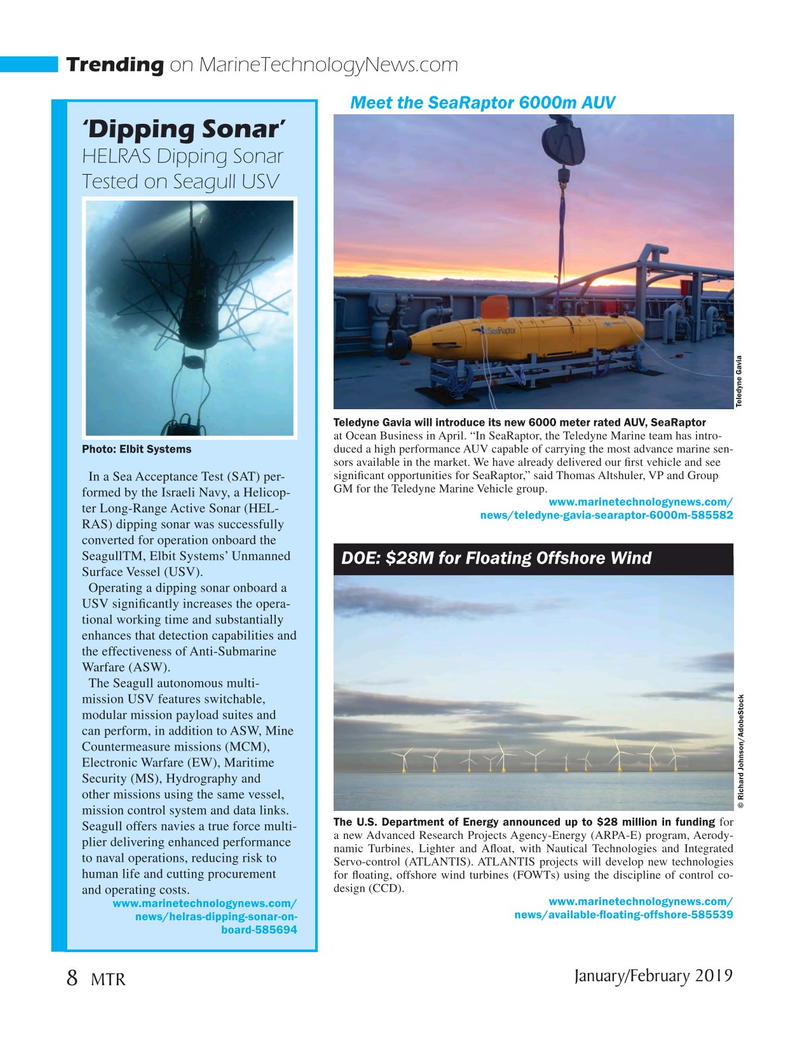 Teledyne Gavia will introduce its new 6000 meter rated AUV, SeaRaptor at Ocean Business in April. “In SeaRaptor, the Teledyne Marine team has intro-

In a Sea Acceptance Test (SAT) per-

RAS) dipping sonar was successfully converted for operation onboard the

Operating a dipping sonar onboard a

USV signi? cantly increases the opera- tional working time and substantially enhances that detection capabilities and the effectiveness of Anti-Submarine

The Seagull autonomous multi- mission USV features switchable, modular mission payload suites and can perform, in addition to ASW, Mine

The U.S. Department of Energy announced up to $28 million in funding for