The Imagenex model 881A-GS, 881L-GS (881A/L-GS) and 882-GS are gyro stabilized, high resolution scanning sonars. Manufactured in Canada, the 881A/L-GS is available in models built to withstand depths up to 10,000 meters and can scan and display targets from 0.2 to 200 meters away. Available with either an RS-485, RS-232 or Ethernet interface gives the user a wide range of options for integration into an existing underwater platform.

The Author
Paul Unterweiser is a retired U.S. Navy officer, USCG licensed master, ROV pilot and, for the last 10 years, president of Marine Simulation, a software company located in North Carolina specializing in developing training simulators for ROV pilot schools and other marine industry applications.
(As published in the September 2016 edition or Marine Technology Reporter) 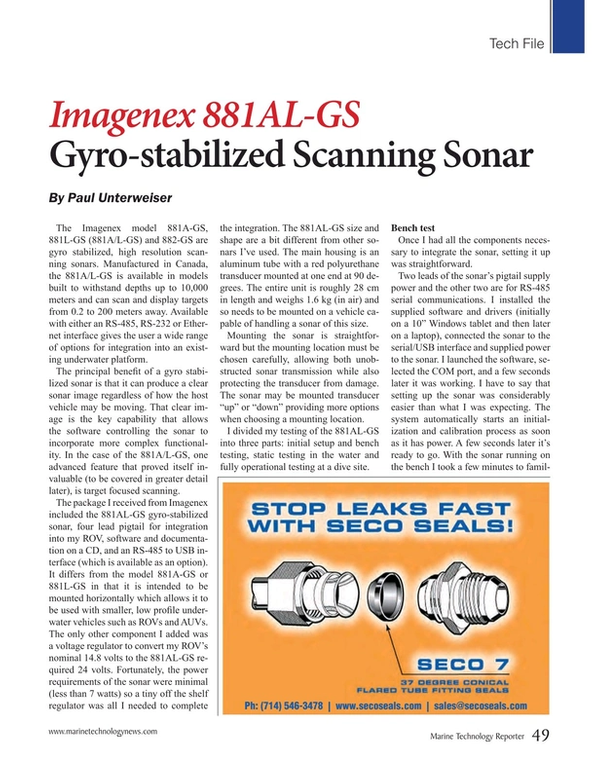