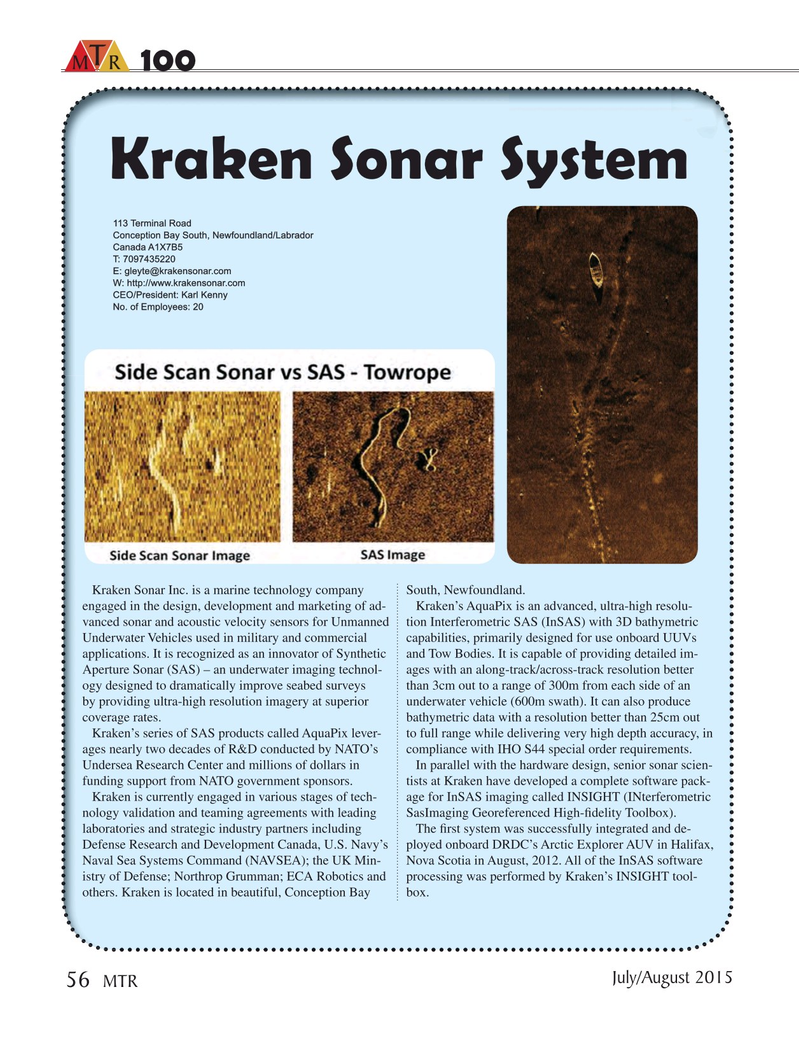 Underwater Vehicles used in military and commercial capabilities, primarily designed for use onboard UUVs applications. It is recognized as an innovator of Synthetic and Tow Bodies. It is capable of providing detailed im-

Aperture Sonar (SAS) – an underwater imaging technol- ages with an along-track/across-track resolution better ogy designed to dramatically improve seabed surveys than 3cm out to a range of 300m from each side of an by providing ultra-high resolution imagery at superior underwater vehicle (600m swath). It can also produce coverage rates. bathymetric data with a resolution better than 25cm out

Undersea Research Center and millions of dollars in In parallel with the hardware design, senior sonar scien- funding support from NATO government sponsors. tists at Kraken have developed a complete software pack-