Ocean Business 2013, held April 9-11, 2013 in Southampton, U.K., recently concluded another successful run, three days packed with conferences, exhibition and on-water demonstrations. Held every two years since 2007 at the National Oceanography Center, Southampton, Ocean Business has quickly emerged as one of the leading subsea events, drawing an estimated 300 exhibitors and 4,000 attendees.
While there were plenty of new technology and business deals announced during the course of the exhibition, the biggest news came from the show organizer itself, which announced on day two that it – Intelligent Exhibitions Ltd. – had been sold to Diversified Business Communications U.K. The acquisition also includes Offshore Survey and Ocean Careers, which will continue to be organized by the Intelligent Exhibitions team, according to the press release. The deal, which was consummated for an undisclosed sum, also includes LIDAR International and LIDAR Europe, which will be transferred to Diversified’s offices in Portland, Maine. The ensuing pages highlights much of the news eminating from Southampton last month.

(As published in the May 2013 edition of Marine Technologies - www.seadiscovery.com) 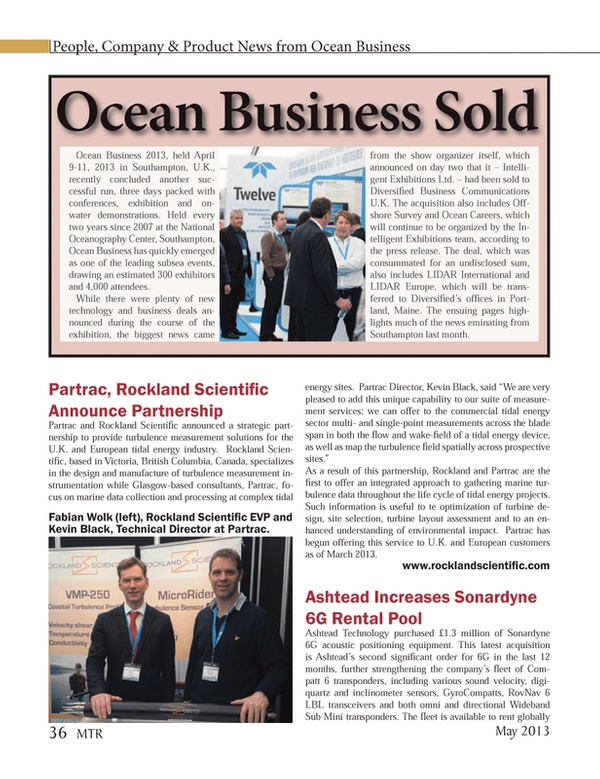