RDSEA Fulfills 2012 Contract with NOAA on “RAMA” in the Indian Ocean; “PIRATA” in the Atlantic Next for 2013 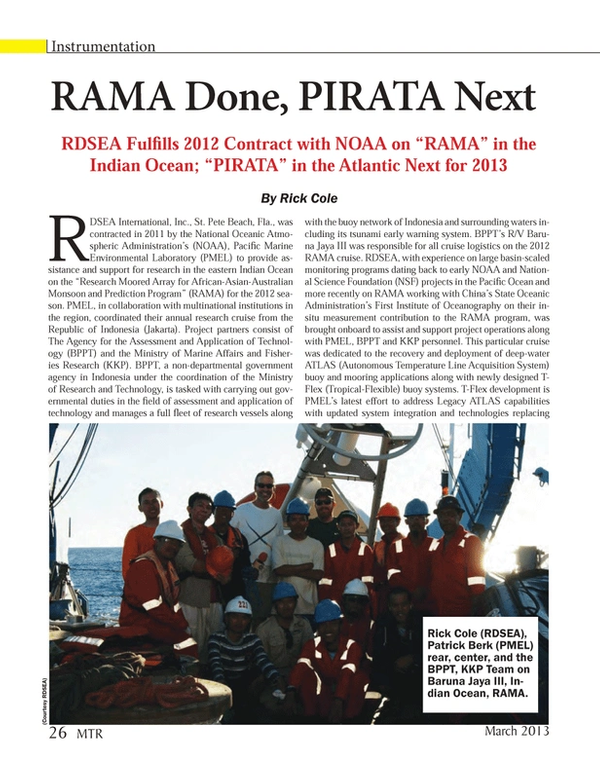