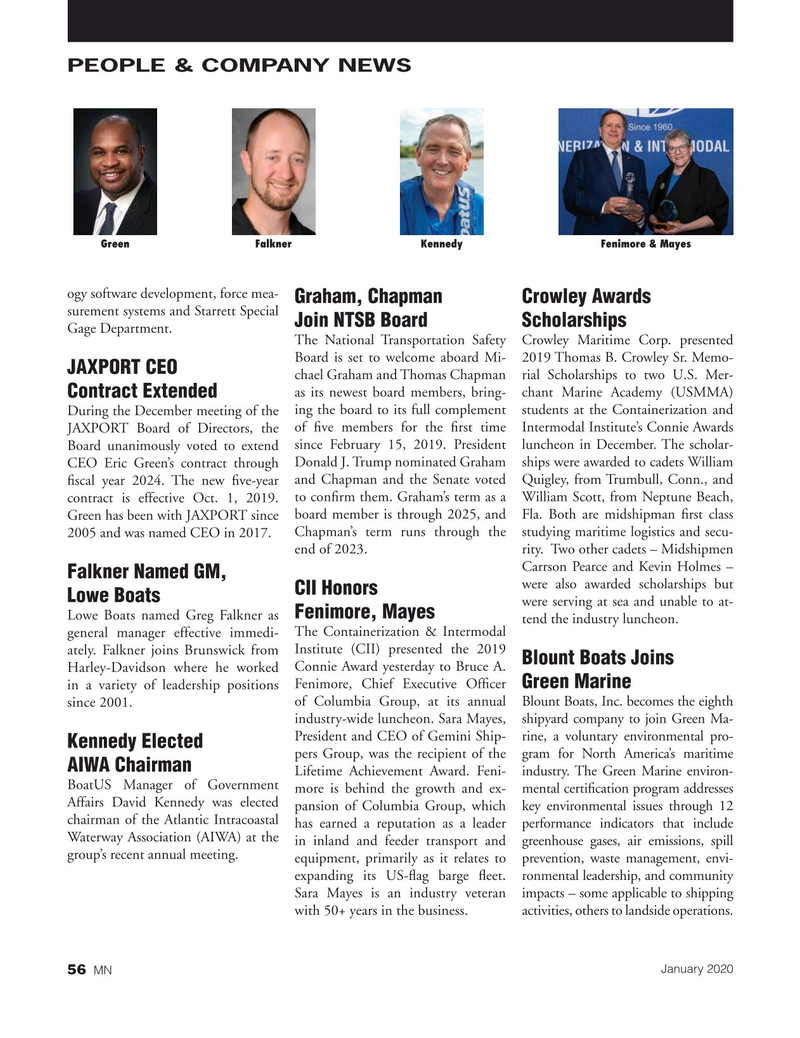 Board is set to welcome aboard Mi- 2019 Thomas B. Crowley Sr. Memo-

JAXPORT Board of Directors, the of ? ve members for the ? rst time Intermodal Institute’s Connie Awards

Board unanimously voted to extend since February 15, 2019. President luncheon in December. The scholar-

CEO Eric Green’s contract through Donald J. Trump nominated Graham ships were awarded to cadets William ? scal year 2024. The new ? ve-year and Chapman and the Senate voted Quigley, from Trumbull, Conn., and contract is effective Oct. 1, 2019. to con? rm them. Graham’s term as a William Scott, from Neptune Beach,

Green has been with JAXPORT since board member is through 2025, and Fla. Both are midshipman ? rst class 2005 and was named CEO in 2017. Chapman’s term runs through the studying maritime logistics and secu- end of 2023. rity. Two other cadets – Midshipmen

Lowe Boats were serving at sea and unable to at-

Harley-Davidson where he worked Connie Award yesterday to Bruce A.

Kennedy Elected pers Group, was the recipient of the gram for North America’s maritime

Affairs David Kennedy was elected pansion of Columbia Group, which key environmental issues through 12 chairman of the Atlantic Intracoastal has earned a reputation as a leader performance indicators that include

Sara Mayes is an industry veteran impacts – some applicable to shipping with 50+ years in the business. activities, others to landside operations.