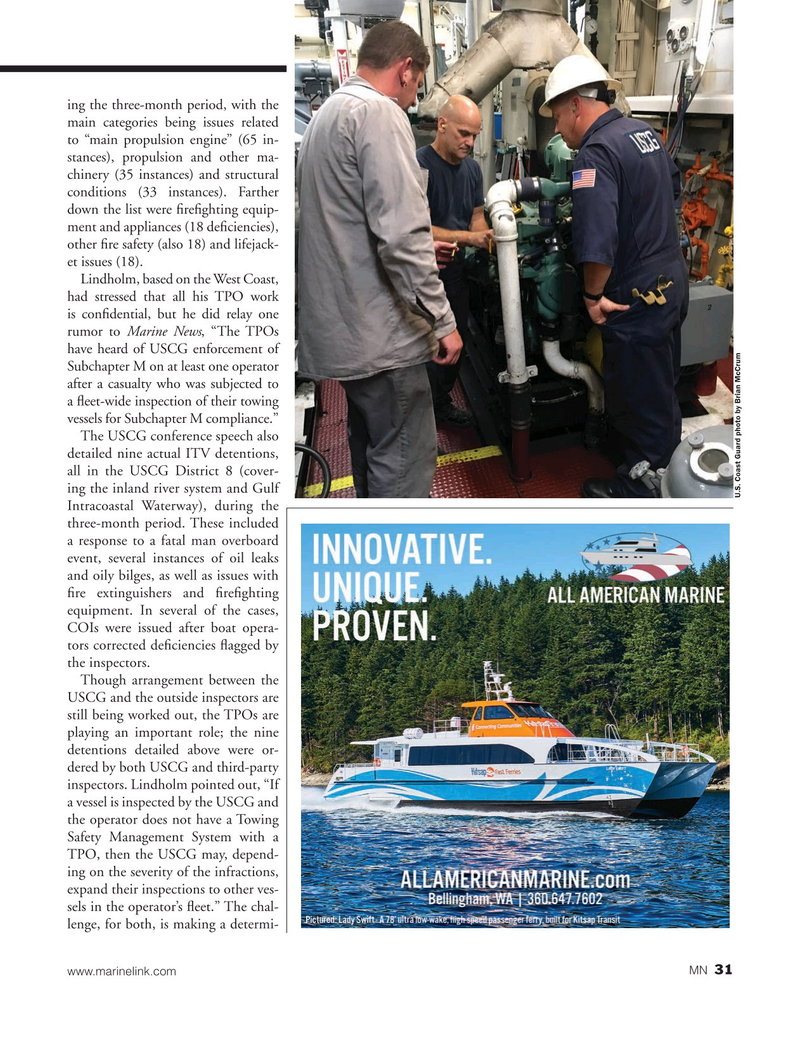 ing the three-month period, with the main categories being issues related to “main propulsion engine” (65 in- stances), propulsion and other ma- chinery (35 instances) and structural conditions (33 instances). Farther down the list were ? re? ghting equip- ment and appliances (18 de? ciencies), other ? re safety (also 18) and lifejack- et issues (18).

Lindholm, based on the West Coast, had stressed that all his TPO work is con? dential, but he did relay one rumor to Marine News, “The TPOs have heard of USCG enforcement of

Subchapter M on at least one operator after a casualty who was subjected to a ? eet-wide inspection of their towing vessels for Subchapter M compliance.”

Intracoastal Waterway), during the three-month period. These included a response to a fatal man overboard event, several instances of oil leaks and oily bilges, as well as issues with ? re extinguishers and ? re? ghting equipment. In several of the cases,

Though arrangement between the

USCG and the outside inspectors are still being worked out, the TPOs are playing an important role; the nine detentions detailed above were or- dered by both USCG and third-party inspectors. Lindholm pointed out, “If a vessel is inspected by the USCG and the operator does not have a Towing

Safety Management System with a

TPO, then the USCG may, depend- ing on the severity of the infractions, expand their inspections to other ves- sels in the operator’s ? eet.” The chal- lenge, for both, is making a determi- 31 www.marinelink.com MN