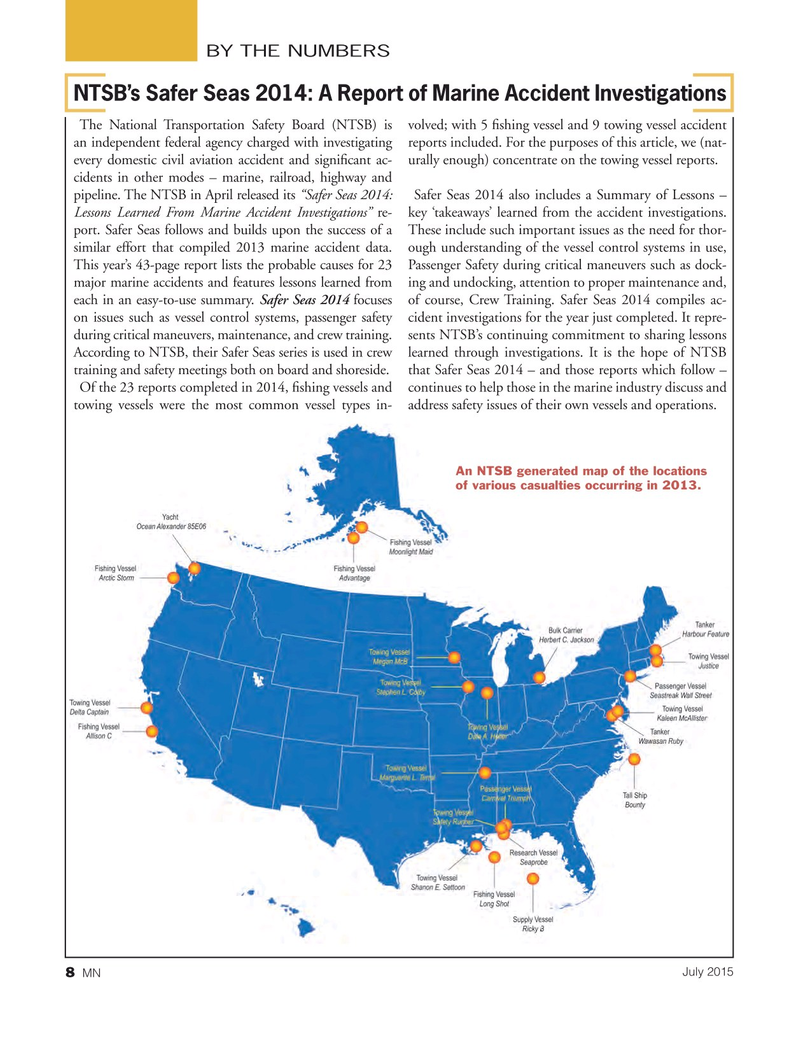 The National Transportation Safety Board (NTSB) is volved; with 5 ? shing vessel and 9 towing vessel accident an independent federal agency charged with investigating reports included. For the purposes of this article, we (nat- every domestic civil aviation accident and signi? cant ac- urally enough) concentrate on the towing vessel reports.

cidents in other modes – marine, railroad, highway and pipeline. The NTSB in April released its “Safer Seas 2014: Safer Seas 2014 also includes a Summary of Lessons –

Lessons Learned From Marine Accident Investigations” re- key ‘takeaways’ learned from the accident investigations. port. Safer Seas follows and builds upon the success of a These include such important issues as the need for thor- similar effort that compiled 2013 marine accident data. ough understanding of the vessel control systems in use,

According to NTSB, their Safer Seas series is used in crew learned through investigations. It is the hope of NTSB training and safety meetings both on board and shoreside. that Safer Seas 2014 – and those reports which follow –

Of the 23 reports completed in 2014, ? shing vessels and continues to help those in the marine industry discuss and towing vessels were the most common vessel types in- address safety issues of their own vessels and operations.

An NTSB generated map of the locations of various casualties occurring in 2013.